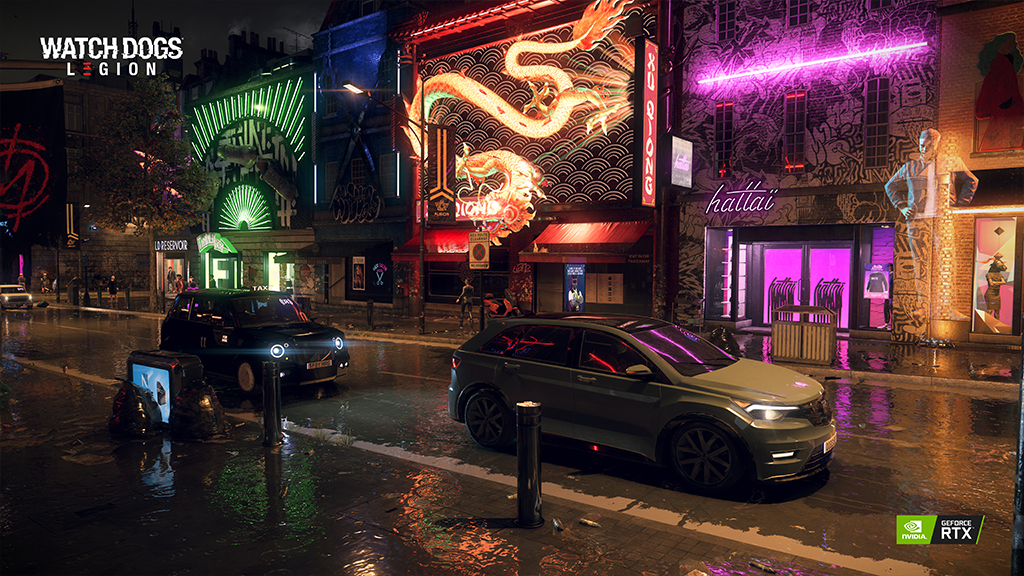 Near the end of October, we saw the release of Watch Dogs: Legion for the current generation of consoles and PC. The difference between the two versions can be seen visually, as the PC version supports ray traced reflections if you use a PC capable of ray tracing. Of course, if you have an ORIGIN PC desktop or laptop with an NVIDIA GeForce RTX graphics card, you’ll be able to utilize the ray tracing features that make Watch Dogs: Legion on PC stand apart from the console versions.

Watch Dogs: Legion marks the first time a massive open-world video game features ray tracing with a massive assortment of in-game objects ranging from buildings, windows, cars, people, and landmarks. Seeing the world accurately reflect realistically is a striking moment, and sure to open the door for future games to the same. Thanks to Tensor Cores found in GeForce RTX graphics cards, the game can use the power of AI to give you a boost in frame rate, especially when playing at higher resolutions.

During a live stream on October 30th, I spent a good chunk of the stream running through the settings in Watch Dogs: Legion and tweaking them to see the visual differences that ray traced reflections and DLSS bring to the table. In Watch Dogs: Legion, PC players can adjust the ray tracing settings to get a playable frame rate based on their system specs. As a bonus, DLSS is also included to use AI to improve the frame rate as the cost of some visual differences.

Even with the next-gen consoles coming later this month, it’s a safe expectation for the PC version to offer the best visuals in Watch Dogs: Legion. New owners of a GeForce RTX 30 Series graphics card are certain for the best possible visual performance today.

To learn more about Watch Dogs: Legion and ray tracing, be sure to visit: https://www.originpc.com/landing/2020/nvidia-rtx-watch-dogs-legion/