The Demonic Forces of Hell Await in Doom Eternal

Today, the first-person shooter (FPS) genre has become a staple of PC gaming. Along with Wolfenstein 3D, the original Doom released in 1993 played a major role in defining the genre, inspiring tons of clones. Today, the venerable series is stronger than ever.

After a long hiatus, the 2016 Doom reboot breathed new life into the series after 2004’s successful Doom 3. Fast forward a few years and now we have Doom Eternal, released just a few days ago. You’ll take on the role of the ancient warrior known as the Doom Slayer. As with the previous installment, Doom Eternal players will need to be aggressive in eradicating the demonic forces of Hell using weapons like the rocket launcher, chainsaws, plasma rifle, and the classic BFG 9000. The game also introduces all-new mechanics like climbing walls, dashing, and horizontal bars that can be used to swing across.

Doom Eternal has received tons of acclaim and we want you to experience all of the gory action using the power of your ORIGIN PC. Visit the DOOM Eternal Game Key Giveaway from ORIGIN PC page for your chance to win a digital copy of the game.

Half-Life: Alyx may become the first must-have VR title once it’s released in March. In the meantime, there are plenty of 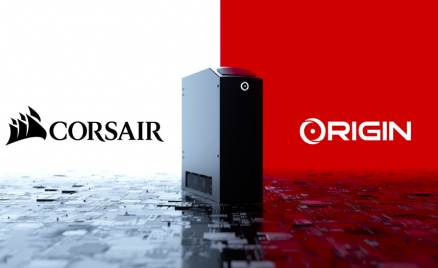 For the ultimate PC gaming experience, you’re going to need the right peripherals along with a rig that has the horsepower to 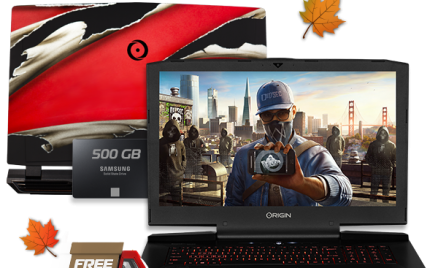 Our November Promo Is Stuffed with Upgrades

Happy November, gamers! To celebrate the month of giving thanks, we’re running a November promotion stuffed with awesome