Introducing the LUDICROUS PC from ORIGIN PC, a Radio Flyer Tesla Model S with a PC Inside

Miami, FL – FOR IMMEDIATE RELEASE — ORIGIN PC is proud to announce the availability of a custom ORIGIN PC desktop powered by AMD Ryzen inside a Tesla Model S for kids called the LUDICROUS PC. Originally built for Marques Brownlee, also known as MKBHD, and inspired by his Tesla Model S, the LUDICROUS PC is a powerful gaming desktop featuring liquid cooling and is capable of being driven just like a normal Radio Flyer Tesla Model S. The LUDICROUS PC is available now on ORIGINPC.com with options to select the color and rims for the vehicle.

Designed by the ORIGIN PC team, the LUDICROUS PC is a special build that required some challenges to overcome such as airflow, fitting the PC parts inside the Tesla Model S for kids, and still maintaining the drivability of the car. The first LUDICROUS PC was engineered, built, and shipped to MKBHD late 2019 for the opening of his new studio in 2020. The LUDICROUS PC features working headlights, a horn, the capability of being driven forwards and backwards, and a remote that can turn the PC on.

Customers can choose from select colors and rims to customize their own LUDICROUS PC on ORIGINPC.com starting at $13370. Every LUDICROUS PC is backed by ORIGIN PC’s 24/7 US-based support team.

“True to its name, the LUDICROUS PC is a special edition PC that combines a Radio Flyer Tesla Model S with a liquid-cooled high-performance ORIGIN PC.” said Kevin Wasielewski, ORIGIN PC CEO and co-founder. “The LUDICROUS PC is a true showcase build that the ORIGIN PC team created which was inspired by MKBHD’s high-quality content and his high-performance Tesla. For a limited time, you can order your own on ORIGINPC.com for $13370.”

For more information on the LUDICROUS PC, please visit: https://bit.ly/2yR79Ot

For Hi-Res photos of the LUDICROUS PC, please visit: https://photos.app.goo.gl/SRGafJ77916LN9JR9

If you would like more information on a gaming PC or other products such as the best gaming desktop, call 1-877-674-4460 to speak with a sales representative. We offer 24/7 customer support and worldwide shipping options. Stay up to date with the latest news by checking us out and following us on Facebook and Twitter.

At ORIGIN PC, we’ve developed a reputation for building PCs that look as good as they perform. As we continue to fine-tune for Have you heard about the MILLENNIUM Gaming Desktop? This ultra-customizable PC is one of our highly regarded PCs, receiving 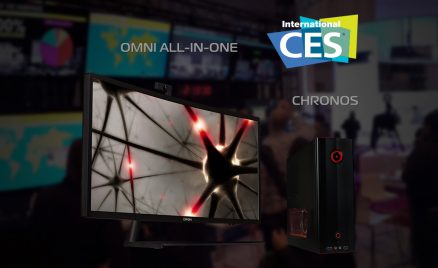 Have you been attending this year's Consumer Electronics Show (CES)?  Each year, manufacturers showcase their latest products Digital Trends Praises the Form and Function of Cryo Core

There is liquid cooling, and then there is the innovative solution we call Cryo Core. Debuting last year, this distribution